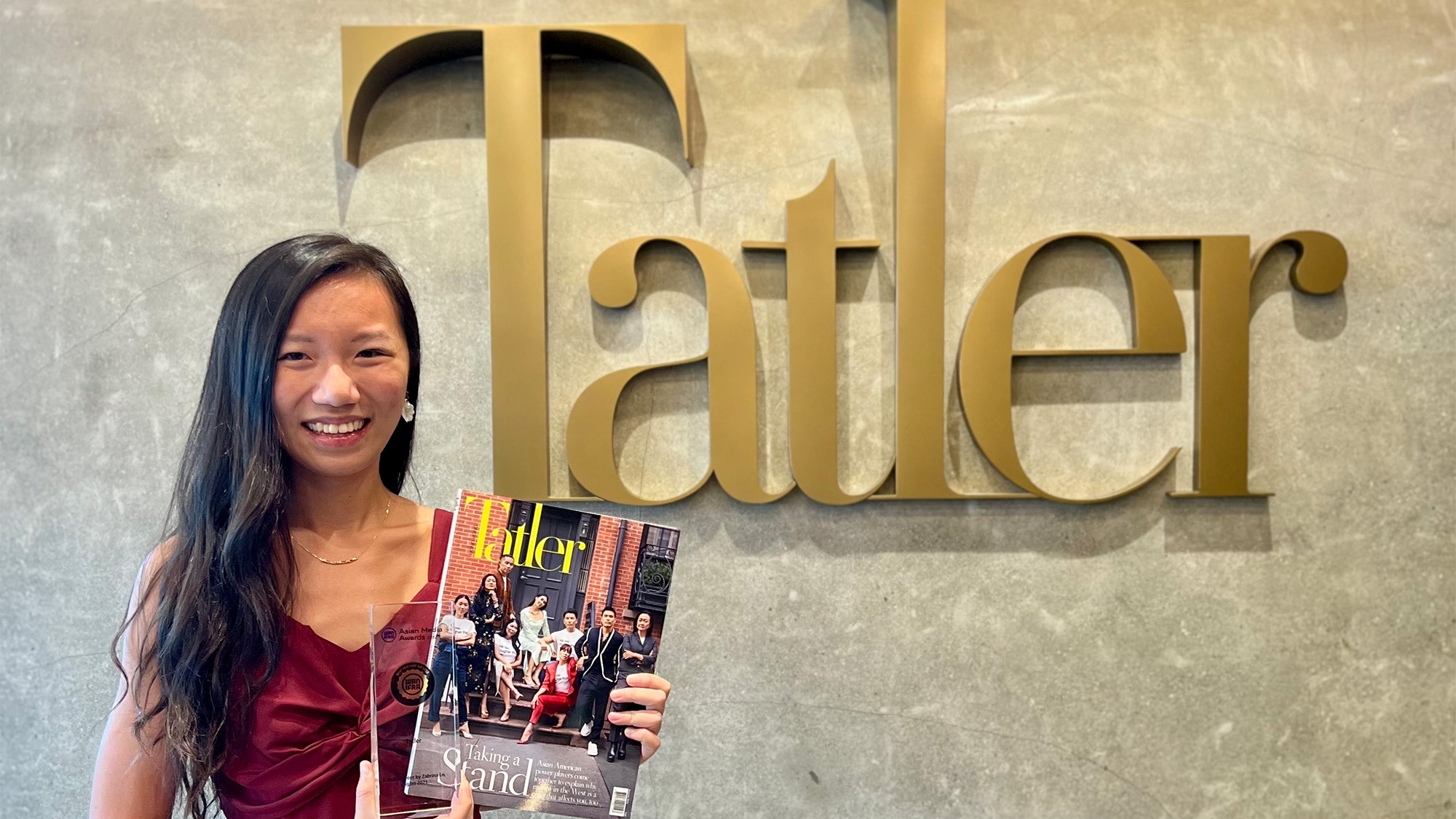 Tatler received a top prize at this year’s WAN-IFRA Asian Media Awards 2022 (AMA22) for a story examining anti-Asian racism. The publication took the Gold award for Best in Feature Article (Non Covid-19-related). The World Association of News Publishers announced the winners on May 23, revealing the champions from among the 39 media companies from 12 countries that took part in this year’s competition.

The award was presented to Zabrina Lo, Tatler Asia’s Associate Features Editor, Hong Kong, for her article A United Front, for which she interviewed leaders of the Stop AAPI Hate movement in the US, as well as scholars and historians throughout Asia to examine the reach and effect of anti-Asian racism.

“I’ve been incredibly lucky to have a team of supportive mentors and talented editors, photographers and designers at Tatler Asia. This story wouldn’t have seen the light of day without them, and I wouldn’t have been here without their guidance,” Lo said.

“There’s still a lot to be done in order for the world to be a better place. But this award is an acknowledgement that the voices in this article are being heard. I’d like to dedicate this award to my team and the interviewees in Hong Kong and New York, and all those who are combating anti-Asian hate, who make up this united front.”

Jacqueline Tsang, Tatler Hong Kong’s Editorial Director & Editor-in-Chief, added, “We are very pleased that “A United Front” has been recognised as a powerful and impactful story. We are extremely proud of Zabrina and her achievements as a journalist. She shows the kind of integrity and principle that we at Tatler Asia have always embraced, and continue to build on, as we continue to strive for the higher standards of journalism and the quality of our editorial content.”

Tatler Asia, the leading luxury media company in Asia, celebrates its 45th anniversary this year. Its mission is to build, inspire and empower Asia’s most influential communities through the power of unparalleled storytelling, iconic brands and innovative technologies. Tatler is present in seven markets across Asia and is owned by Lamunière family.