The Edipresse Group has left an indelible mark during its 80 years in media. 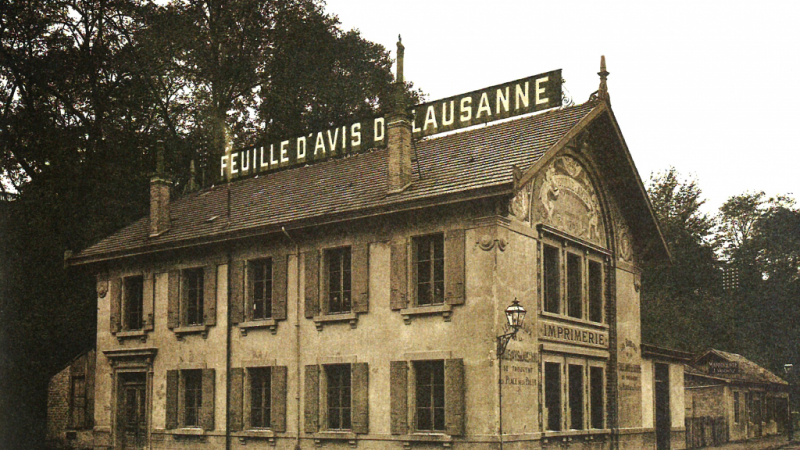 The group traces its history back to 1937, when Jacques Lamunière became co-owner of a local daily newspaper in the French-speaking part of Switzerland, known as the Swiss Romande. Over the next decade, Jaques established a reputation for high-quality print journalism that was light years ahead of his time.

In 1950 his son, Marc Lamunière, took over the family business. A writer, musician, and publisher of art books on some of the world’s most renowned artists such as Pablo Picasso, Marc brought a level of creativity and ingenuity to the business. Under his leadership, the group at the time called Société de la Feuille d’Avis de Lausanne et des Imprimeries Réunies acquired a number of competitor publications to become the largest media company in the Swiss Romande.

With a solid reputation and commendable portfolio of newspapers and weekly and monthly news and lifestyle titles, the group was publicly listed in 1960. It became Edipresse in 1982, and the Lamunière family purchased the controlling stake.

When Marc’s son, Pierre Lamunière, took the helm in 1986, he had another vision: to take the business international. He was responsible for extending the Edipresse footprint all over Europe and, later, into Asia.

“Media is life,” says Pierre. “No job is more interesting than media. It connects you to politics, culture, society, entertainment and technology. It allows access to an incredible number of talented and influential people.

”The 21st century was Asia’s time to shine: the region was booming economically and China was making its debut on the global stage. Pierre had been actively looking for an acquisition in Asia for over a decade when he saw an opportunity to acquire Asia Tatler, a leader in the luxury lifestyle sector with glossy magazines across the region. Impressed by the brand’s heritage and potential, Pierre decided to officially lay down roots in the region. In 2005, Edipresse bought Asia Tatler and established its regional headquarters in Hong Kong.

Although all eyes were on Asia at the time, back in Switzerland, there was also growth happening. In 2009, Pierre oversaw the merger of Edipresse Switzerland with Tamedia, the leading publisher in the German-speaking part of the country. This merger created the largest newspaper publishing group in Switzerland.

In 2011, in what was a major turning point for the company, the Edipresse Group left the Swiss stock exchange and once again became a private entity. The decision was driven by the Lamunière family’s desire to future-proof their business, which involved large-scale investment in digital platforms.

“As new technologies were disrupting the traditional business model of newspapers and consumer magazines, the family wanted to focus on investing in and growing a stronger digital portfolio,” says Pierre. It was also after going private that the family began to develop its real estate division in Switzerland, which now represents a significant part of the overall business.

Looking to the Future

The Edipresse Group has its headquarters in Switzerland, with a diverse portfolio or real estate, media and digital ventures. In Asia, the group focuses primarily on media, with a portfolio of over 10 brands across luxury lifestyle, food and wine, home and design, entrepreneurship and more.

Pierre’s sons, Michel and Sébastien Lamunière, are now leading the next chapter of the company’s growth and development, overseeing the Asian and European operations respectively.

Over in Asia, Chairman & CEO Michel has been spearheading a pivotal transformation for the group from traditional print publisher covering big families to a true lifestyle brand for Asia’s most influential.

“In such a changing environment, you have to paradoxically stick to some simple principles,” says Michel. “Never take things for granted, constantly adapt to your environment and your customers’ needs, invest in creativity, find and keep the best people and empower the next generation as soon as possible.”

Want to learn more about our audience and products?
Download our brand presentation here